It was so unlike me. I took it right from in front of her and left her empty-handed. I had never done anything like it before, and I didn’t even feel bad about it. Neither did the others. Almost everyone was doing it, and she was the one most often on the losing end. Over and over she kept getting beautiful, precious gifts, only to have them taken away in a matter of minutes.

Poor Kelly. Dirty Santa can be cold and uncaring.

Truly, it’s the main reason I’ve always been uncomfortable with the game. No matter how much I admire the gift someone else has, I can’t bring myself to take it from them. I don’t want them to suffer the loss of a gift they’ve been given. At the same time, I don’t want to appear ungrateful for my gift.

Greed. Envy. Ungratefulness. They seem to epitomize the game we were playing.

Yet here I stood with her Christmas ornament. Even after hearing her say how much she loved it, I took it. To add insult to injury, this gift couldn’t be taken from me. It was the rule of Dirty Santa; once a gift has been stolen three times it’s out of play. Dead. Kelly could never get her gift back. At least not this gift.

Oh sure, she got other ornaments. She probably unwrapped a dozen more because people kept stealing hers. Every once in a while a new player would get a turn to unwrap a package or steal from someone, and I would be asked to show my ornament. But I didn’t have to because my ornament wasn’t up for grabs. It was safe, thanks to the three-steal rule. Everyone else was at the mercy of the next player. At any given time, they could lose the beautiful gift they had received.

It’s a recipe for living life in fear, remembering past losses and living in the mindset that the next loss is just around the next corner. It’s also a recipe for bitterness when we find ourselves believing that the thief is God. That we’re at the mercy of the ultimate Dirty Santa.

I’ve been there, convinced that the Giver of every good and perfect gift was only setting me up for loss. Placing some beautiful gift in my hands only to snatch it away in a cruel joke of a game. It can steal our joy and make us skeptical of anything good, always waiting for the next shoe to drop.

A relationship is restored with a loved one, then snatched away as soon as we relish the restoration. A friend’s healing is stolen by relapse. A long-awaited job promotion is suddenly replaced by a pink slip. Who wants gifts like those? Who would want a relationship with a God who gives only to take away? A cosmic Dirty Santa.

What if we could see the other side?

When I got home from our party, I was faced with deciding what to do with my ornament. It would seem to be a no-brainer; ornaments go on Christmas trees. But for reasons I won’t go into, I’m not putting up my tree this year. I didn’t even have a place for the gift I had stolen.

So why had I taken it in the first place? What good came of it? I’d like to say that my intentions all along had been to protect Kelly’s gift, making sure no one else could ever steal it from her again. Initially, that wasn’t the case, but God showed me the situation from His perspective. Sometimes our stolen, cherished gift is only taken out of play, guarded until the time is right for returning it safely and forever to the one who cherishes it most.

Make a place on your tree, Kelly. It’s coming back for good.

Whatever is good and perfect is a gift coming down to us from God our Father, who created all the lights in the heavens. He never changes or casts a shifting shadow.  James 1:17, NLT

I have an odd combination of professional backgrounds: marketing and landscaping. That strange combination, along with my Christian faith, led me to begin Nir Ministries, where I offer speaking services and sell the books I've written. In 2016 I traveled with a small group on a mission trip to South Africa that set me on a new course and changed my life in a way I never dreamed. As a result I now partner with Rebecca Lee and Kelly Lewis in CTS Ministries, where we facilitate Interfaith Christian Women's Retreats. View all posts by Janet Benson

A Cord of Three Strands

And if someone overpowers one person, two can resist him. A cord of three strands is not easily broken. Ecclesiastes 4:12, CSB

CTS stands for Cord of Three Strands. We three women are strands God wove together when we followed His call to do something unlike anything we had ever done before. During our unique experience of serving, we watched God bring us together on the other side of the world only to bring us back home to fulfill a unique calling on our lives: a calling to serve Him in leading women to discover their identity in Christ, develop their spiritual gifts and strengths, and disciple them so they can disciple others. 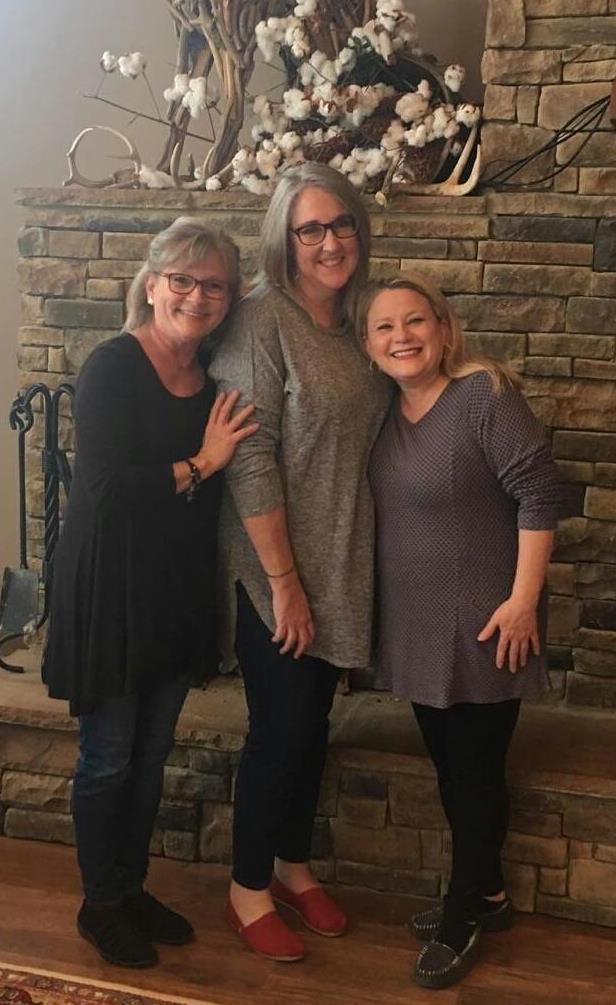